Design: Kennedy Nolan / Photography: Derek Swalwell / Standing tall and strong in an inconspicuous laneway located in one of Melbourne's gritty inner city suburbs, Fitzroy Lane House provides a refuge from its environment. What Kennedy Nolan have created for their clients is an urban haven for modern living. With the client's need for an abundance of natural light to play a key part in the design, special attention was given to the layout, reducing the amount of rooms and opting for the inclusion of a large void and lightwell. The top floor contains the living, kitchen and dining spaces along with a Juliette balcony, while the second floor is more intimate, consisting of the bedroom and bathroom spaces. Kennedy Nolan considered many elements in the design of Fitzroy Lane House right down to the material cladding the exterior of the building. Tough and industrial in its aesthetic, the concrete cladding not only complements the urban street-scape but also provides the exterior with an abstract appearance, making the deciphering of each room difficult from the outside, delivering a sense of privacy to those dwelling within. Utilised to illuminate the kitchen living area and void within Fitzroy Lane House, Tuba II trackspots complement the minimal and industrial aesthetic of the house, while the white finish of the track and trackspots allow for the lighting to blend seamlessly with the crisp white interior of the residence. 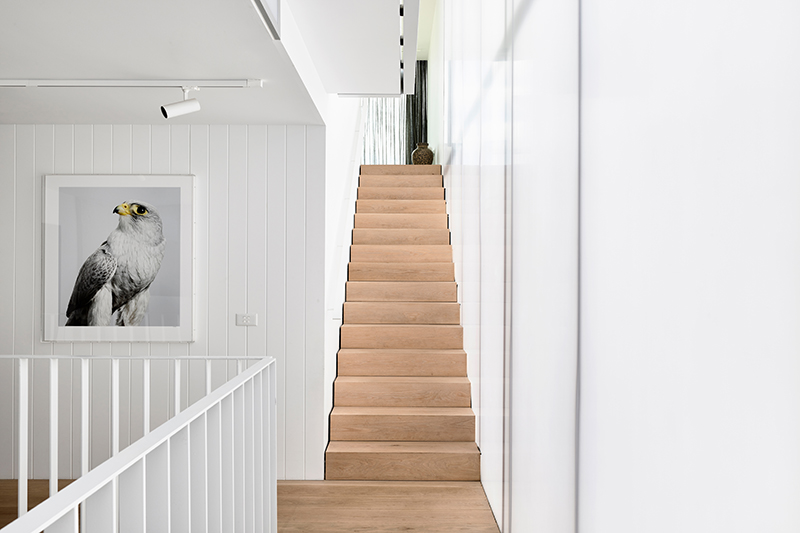 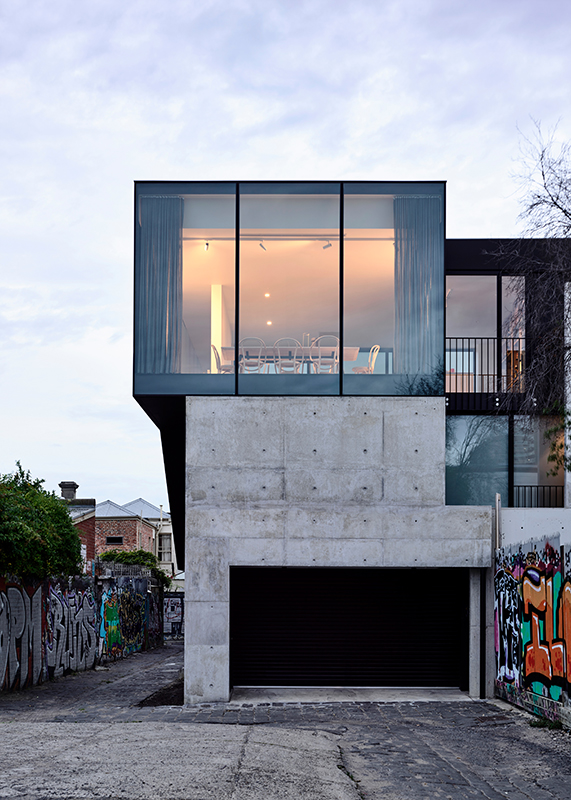