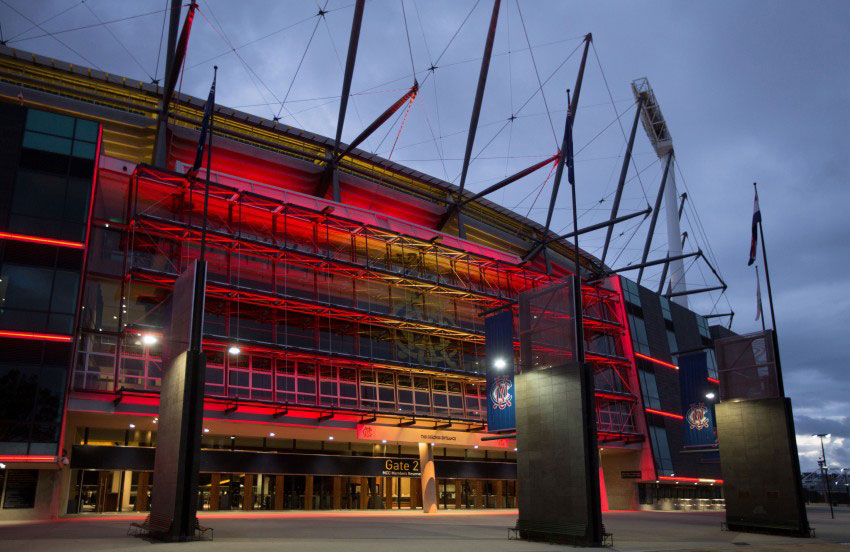 The Melbourne Cricket Ground is the largest sports stadium in the southern hemisphere and the foremost sporting arena in Australia. The MCG is home to international and local cricket as well as AFL football and many other sporting, music and cultural events. Designed by NDYLIGHT and supplied and programmed by Inlite using products from Traxon Technologies and E:Cue, the Smart Stadium façade lighting upgrade is an installation which has transformed the nighttime appearance of the MCG, by using illumination to create visual theming of the stadium and showcase the colours of competing sporting teams. The installation includes: Traxon Shield AC Extend – Four Head LED floodlights which uplight each bay of the upper stadium off-form concrete ‘plats’. Each bay can be individually tuned to a chosen colour. This provides a ring of illumination around the stadium, which is visible even from distant vantage points of Melbourne. Shield AC Extend floodlights are also used to illuminate vertical walls adjacent to the entry gates on the Great Southern Stand. More than 750m of Media Tube direct view addressable Linear LED profile to create visual effects at each of the 7 entry gates around the stadium. Media Tube is installed in horizontal bands adjacent to each of the gates on both the Northern and Southern stands. Media Tube is addressable in small segments along it’s length, allowing it to display visual cues which represent the different AFL, and other sporting teams. More than 500m of Nanoliner Allegro DMX Addressable Linear LED Floodlights which are installed in horizontal arrays on the sunshade structures above the gates on the Northern Stand. These are addressable in segments, allowing the sunshades to be illuminated in contrasting colours. Dot XL Individually Addressable LED modules to backlight each of 7 freestanding information ‘Totems’ outside each of the entry gates. The way finding Totems utilise Dot XL modules to backlight the large gate numbers which are located on the upper part of these structures. This allows these information beacons to echo the same theme colours as the main stadium lighting. The installation is controlled using an E:Cue networked DMX control system, which distributes lighting control on a Fibre Optic network which connects all of the smart lighting. A central server in the MCG control room with a custom touch screen interface is used to select from a range of preprogrammed Scenes. In addition, custom software allows the MCG to import the sporting fixture in spreadsheet format, which is read by the control system to determine the lighting scenes required on any given evening. 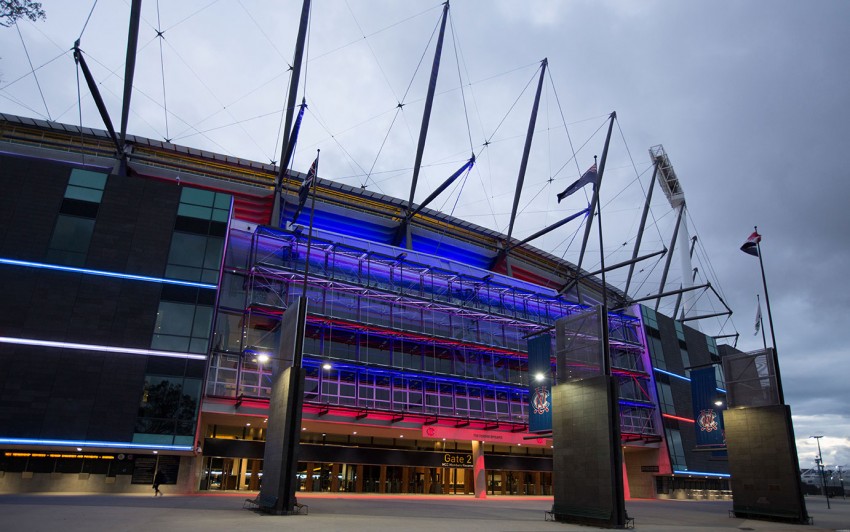 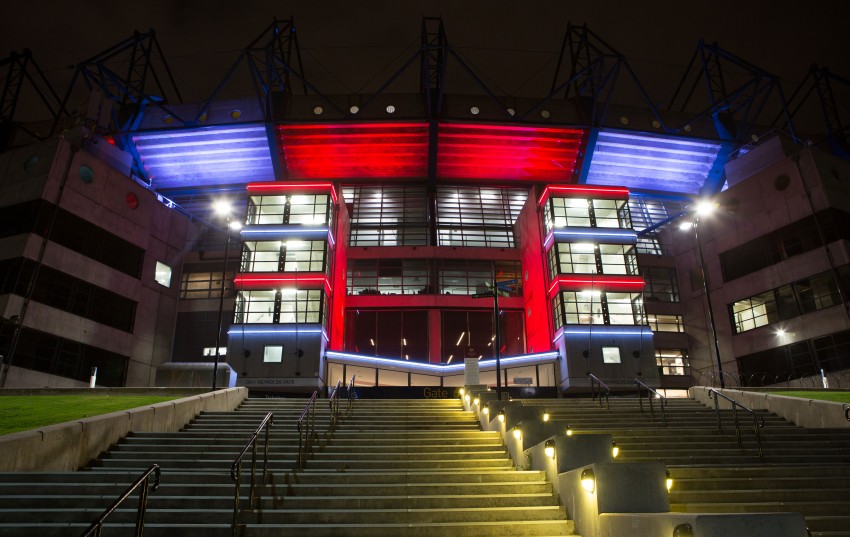 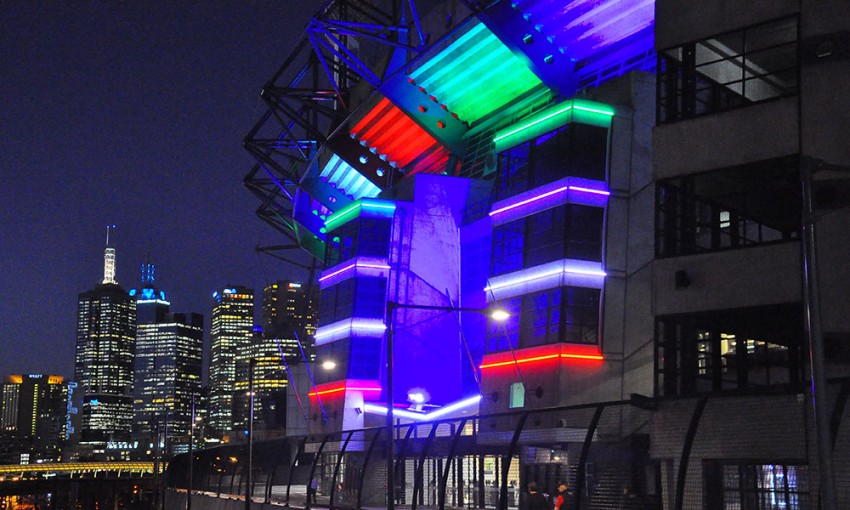 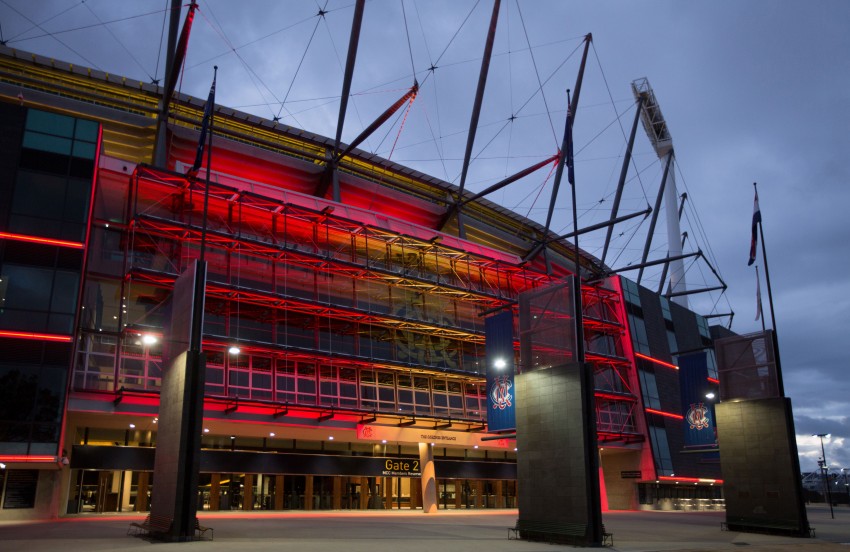